In addition, corporate media outlets in the U.S. are legally responsible to their shareholders to maximize profits. It is not the idea of corporate media itself that is ultimately a bad thing, for it can foster healthy competition and provide a check against government insider agendas. However, the concern is that the concentration of ownership with a bias toward the prevailing economic and political influences leads to a break down of unaccountability and abuse of power. Creating transparency through a number of diverse perspectives has dwindled, contributing to a hegemonic narrative.

As a growing counter-culture to corporate media, Edge Media seeks to amplify the voices of social justice, end discrimination, democratize the viewpoints of socio-political commentary, and bring greater transparency to the imbalances in the mainstream media. Forms of Edge Media include, but are not limited to, radical media, dissident and social movement media, ethnic/racial media, indigenous media, community media, subcultural media, student media, and avant-garde media.

Operating at the media’s edge, these forms of progressive reporting dig beneath manipulative, “shock value” headlines to bring more insightful and accurate reporting to illuminate social consciousness through journalistic balance. NNF supports forms of Edge Media because it is independent and publically owned. These broadcasts are funded either entirely or almost completely through contributions from listeners, viewers, and foundations, without accepting advertisers, corporate underwriting, or government funding. This allows media to maintain its independence.

Edge Media is paramount in its ability to give a platform to information from across many sectors, inclusive of independent and international journalists and experts, and ordinary people who are affected by world events, grassroots leaders and peace activists, academics, artists and unbiased analysts. It allows space for contentious debates, uncensored reporting, and critical thinking. With Edge Media, a far more integrative view of world affairs emerges from a wide range of sources.

Gameheads is a youth program housed at United Roots’ Youth Impact Hub. We use video games design, development and DevOps to engage, prepare and train low-income youth and youth of color ages 11 to 24 in the Bay Area — and advance tech inclusion. Through a powerful medium they are familiar with and passionate about, our youth learn how to code, design, manage projects, work in teams, lead, and create interactive projects that tell stories to enrich us all. In the process, they are graduating from high school, getting into college to pursue STEAM-related degrees and preparing themselves to enter the tech and video game industries.

Founded in 1949 by Lewis Hill, a pacifist, poet, and journalist, KPFA was the first community supported radio station in the USA. KPFA broadcasts on 94.1 FM and KPFB 89.3 FM, Berkeley, and KFCF 88.1 FM, Fresno, California. Much of KPFA’s programming is local, original and eclectic, with a well produced mix of news and in depth public affairs, an ongoing drama, literature and performance series, interviews, and reviews. KPFA travels the region to broadcast live music, demonstrations, and cultural events. The majority of the staff are unpaid community volunteers donating their time and energy to bring you KPFA programming.

KQED serves the people of Northern California with a community-supported alternative to commercial media. KQED provides citizens with the knowledge they need to make informed decisions; convene community dialogue; bring the arts to everyone; and engage audiences to share their stories. They help students and teachers thrive in 21st century classrooms, and take people of all ages on journeys of exploration—exposing them to new people, places and ideas. KQED celebrates diversity, embraces innovation, values lifelong learning and partners with those who share their passion for public service. 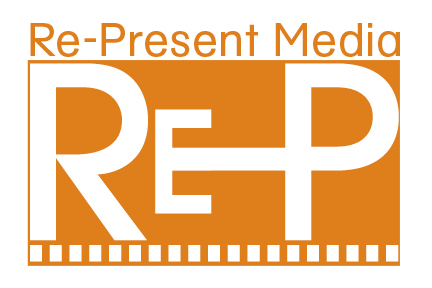 Re-Present Media is a non-profit organization, fiscally sponsored by Filmmakers Collaborative SF. Our purpose is to humanize media representations of underrepresented communities through a focus on personal stories from those communities in documentary film and nonfiction media. By underrepresented, we include those from diverse racial/ethnic, religious, LGBTQ+, youth/senior, rural, and other backgrounds who are not often represented in mainstream media in the ways we see ourselves.

Personal stories are those focused on the lives on individuals, families, and communities. Although social issues may intersect with their lives, these stories are not primarily social issue narratives.

We are empowered when we tell our own stories in a deeply authentic way.