Each year Neda Nobari Foundation is privileged to meet and work with brilliant and innovative individuals working at the intersection of education, social justice, and grassroots activism.  Each
in their own ways, these change-makers are pioneering new systems’ approaches that ignite a transformative potential critical in today’s 21st century world, yet rarely receive the
acknowledgement they deserve.

The NNF Spotlight Series seeks to give a platform to these global leaders, their exemplary work projects, backgrounds, and their driving passions that set them apart as some of the most progressive trailblazers of our time. 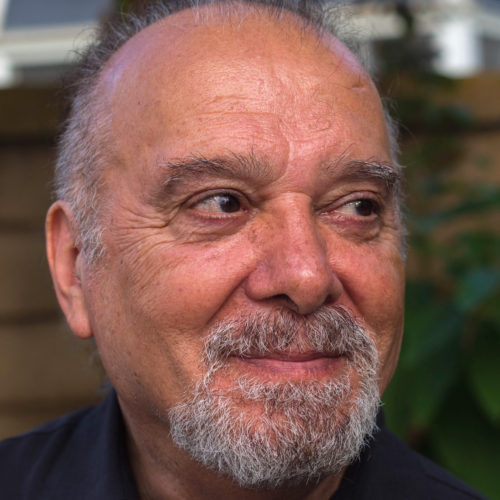 Founder & Editor of Cinema Without Borders

Bijan Tehrani is the award-winning Writer/Director and Founder/Editor of Cinema Without Borders which promotes social justice cinema. Director, Terry George [Hotel Rwanda] says, “CWB lets us see, hear and feel the stories of cinematic artists and provocateurs so that we can educate and resist.”

Tehrani was born into a family of literati, publishing his first film criticism at sixteen. At eighteen he joined National Iranian Radio and Television where he wrote and directed two hundred documentaries on subjects like the influence of ancient Iranian culture and contemporary government corruption. After the 1979 Islamic revolution, he wrote and produced many animated films, including the award-wining Children of Jaleh Square and Kids’ Olympics, dealing with social political themes. His Ali Kuchulu, (Little Ali) was the most successful children’s film series in the ‘80s and its theme song became a signature tune of the 1988 student uprising.

Tehrani’s children’s books sold over a million copies and his Story of The Yellow Leaf, won Best Book of the Year in Iran and Italy. In 1989, Tehrani moved to Los Angeles gaining expertise in new technology and 3D animation. For eighteen years, he taught 3D animation, Game Development Concepts, Advanced History of Film and Screenwriting at UCLA Extension, Santa Monica College and the Art Institute of California. He served as Director of International Conference in Animation for the ToonZ Conference, London.

In 2007, Tehrani launched Cinema Without Borders, an online publication focusing on international cinema. Since then, CWB has published more than four thousand original articles and interviews with hundreds of international filmmakers, gaining recognition as a hub for world cinema.

In 2017, on the tenth anniversary of CWB, Tehrani was honored by the Goethe Institute, the Scandinavian Film Society, the South East European Film Festival, the Polish Film Festival – LA, and the Hungarian Film Festival of L.A.

In 2018, CWB introduced an Independent Bridging the Borders Award and the prize went to ICEBOX, an HBO production about child immigrant detention centers, directed by the Swedish/American director Daniel Sawka.

In light of the current social and political climate, Tehrani created CineEqual which helps filmmakers identify critical themes and find financial resources. The creation of this network was made possible thanks to the moral and financial support of Neda Nobari Foundation. 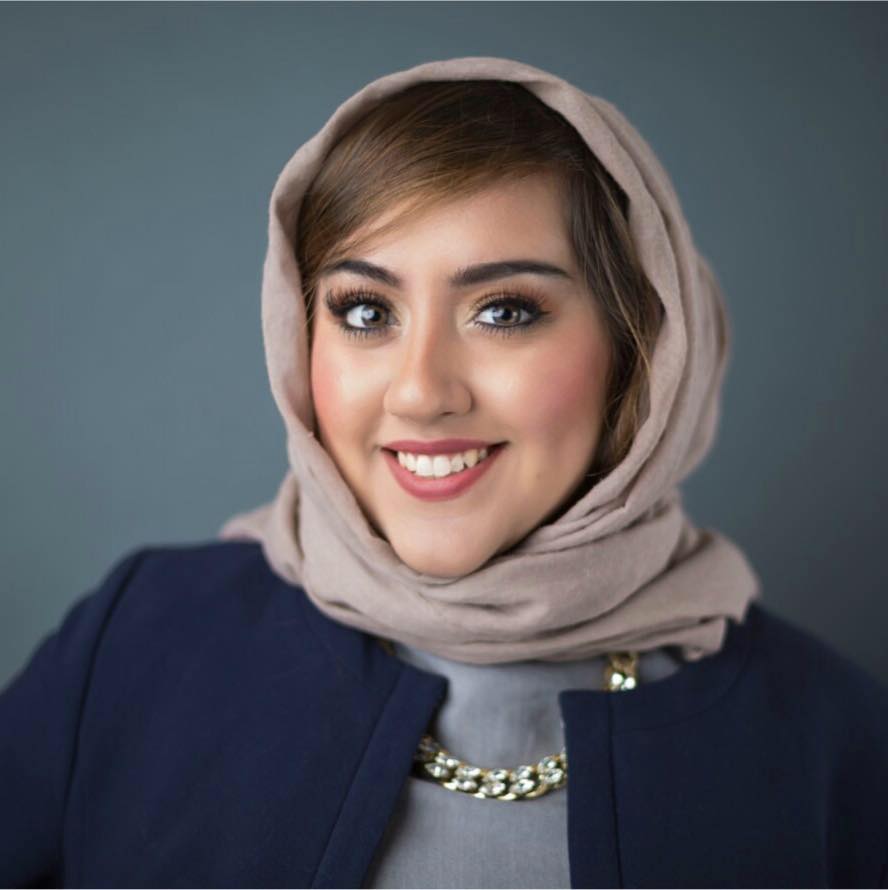 Bushra Amiwala is a Skokie native and daughter of immigrants who truly appreciates diversity in its many beautiful forms. As communities across our nation – the working poor, religious and ethnic minorities, and young changemakers who are ignored by political establishments, to name a few – are pushed aside, Bushra is a committed voice for underrepresented citizens. She seeks to ensure that our nation’s future is in good hands by building a compassionate, politically engaged generation.

In the summer of 2016, Bushra served as a head intern for then-Senator Mark Kirk. Bushra is a Democrat but sought to build empathy with the Republican Party and to understand their stances on issues. Earnestly lending her skills to a Republican campaign showed Bushra that respect for differing opinions is the only way to preserve American ideals. As the 2016 presidential election loomed, Bushra was surprised to learn that many of her peers would be casting a ballot for the candidate she felt was running a campaign on hateful rhetoric. A champion of change, Bushra sprang into action: she would run for office herself. We need fresh, diverse ideas at all levels of government and Bushra wants to spearhead this change.

Bushra’s campaign for the Cook County Board of Commissioners inspired many nationally. Bushra was #4 on the 18 Muslim Women of Watch in 2018 list. Bushra has spoken to over 40 high schools ranging from including New Trier High School, and Roger C Sullivan High School to countless universities such as The University of Chicago and Northwestern University. She was the youth speaker at the Pakistani Embassy in Washington D.C, on the renowned panel of Millennials in Politics at the Indivisible Chicago Summit and DePaul University’s Service Speaks Conference’s Keynote speaker. She hopes to stay engaged by motivating other young people to get involved through her powerful story and impressive oratory skills. 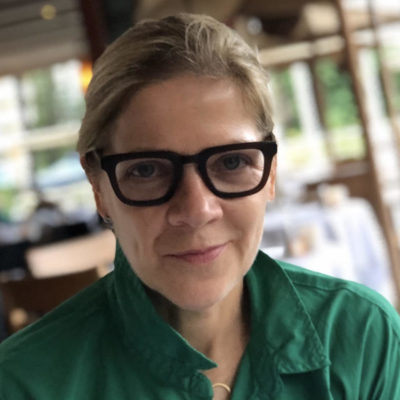 CINDY WEIL is the Founder and Creative Director of the Immigrant Yarn Project and Enactivist, the sponsoring organization. During the 1990’s/early 2000’s Cindy held Director positions in the Internet Groups of Ameritrade, Inc. and Martha Stewart Living Omnimedia. After leaning out to have two sons, she leaned back in as the Founder of the Wallpaper Collective, the first wallpaper retailer on the internet, and later designed and launched her own brand, I80West. Like so many others, she was energized by the 2016 election and is now working full-time as a creative activist.

The Immigrant Yarn Project, a work of crowd-sourced, yarn-based sculpture, is her first large-scale exhibition under Enactivist. Reaching out through community engagement and social media, Cindy was able to gather nearly 700 contributors representing generations of immigrants from every corner of the world — and including contributions from homeless communities, seniors, students, LGBTQ, Native Americans, and even a Former Secretary of State. The Immigrant Yarn Project embodies and celebrates both our shared immigrant story and our citizenry in a nation composed of diverse backgrounds, families, politics, faiths, identities, and ideas.

“Every once in a while we come face to face with a situation that propels us into a sudden and palpable awareness of what Dr. Martin Luther King, Jr. called our inescapable network of mutuality – that whatever affects one of us directly, affects all of us indirectly. Understanding this interconnectedness, even across the greatest gulfs of difference is the genesis of the Immigrant Yarn Project – an attempt at holding a mirror up to humanity and seeing reflected both communion and difference.”

The Immigrant Yarn Project will be on display from March 8 – May 15 at Fort Point National Historic Site in San Francisco before going on the road. You can learn more about the project at www.enactivist.org, or follow us on Instagram @immigrantyarnproject.

Neda Nobari Foundation is a proud supporter of the Immigrant Yarn Project. 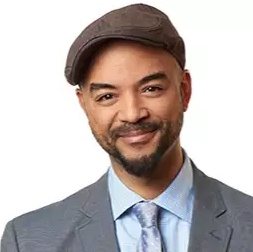 Damon Leon Packwood is the co-founder and executive director of Gameheads, an organization that trains low-income and first-generation students ages 15–25 in video game design and development to prepare them for careers in the electronic entertainment and tech industries. Damon has more than 18 years of experience in the youth development and education fields, with positions at Juma Ventures, Hack the Hood, and Upward Bound.

A San Francisco native, he watched the city’s working-class community disappear with the rise of the Bay Area tech industry while his students couldn’t get jobs right out of college. His passion for education, interactive media, and multiculturalism led him to a master’s in multimedia tech with an emphasis on interactive design. For his thesis, he spent a year in the San Francisco Mission District studying the effect of technology on low-income communities. Damon believes that using video games to teach game design and development to “cultural alchemists” can help create the future tech zealots, digital rebels, and multimedia mavericks. He currently lives in Oakland, CA. Neda Nobari Foundation is a proud of supporter of Gameheads in Oakland, California. 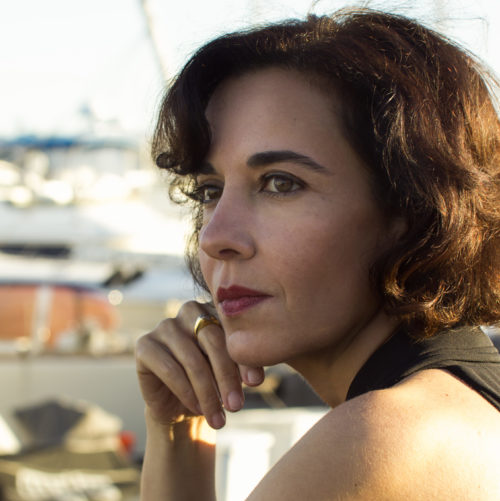 Dr. Shiva Balaghi is a cultural historian, focusing on the visual arts of the Middle East. She received her Ph.D. in History from the University of Michigan, Ann Arbor, writing her dissertation on cultural production in Qajar Iran. In 1998, she became Associate Director of the Hagop Kevorkian Center for Near Eastern Studies at New York University, where she organized film screenings by leading directors from the Middle East and helped organize the exhibition “Between Word and Image: Modern Iranian Visual Culture,” at NYU’s Grey Art Gallery.

Through her research, teaching and public programming, Balaghi came to view artists and filmmakers as important public intellectuals with critical perspectives on our society. As a teacher at NYU and later Brown University for nearly two decades, she was among the first faculty to introduce the topic of contemporary Middle Eastern art into the American university curriculum.

In fall 2018, Balaghi became Senior Advisor to the President and Provost of the American University in Cairo for Arts and Cultural Programs. For her first project, she has curated the inaugural exhibitions of AUC’s Tahrir Cultural Center, presenting new art by groundbreaking women artists Huda Lutfi and Sherin Guirguis. Balaghi lives in Los Angeles, where she also works as a Project Director at the Berggruen Institute.

Balaghi has written widely on visual culture for museums including the Guggenheim, the Warhol Museum, the Fine Arts Museum of San Francisco, and the Hood Museum of Dartmouth College and for publications such as MERIP, Artforum, Hyperallergic, and Canvas. Her books include Picturing Iran: Art, Society, and Revolution (co-edited); Saddam Hussein: A Biography; Parviz Tanavoli (co-authored); and Reconstructing Gender in the Middle East (co-edited). 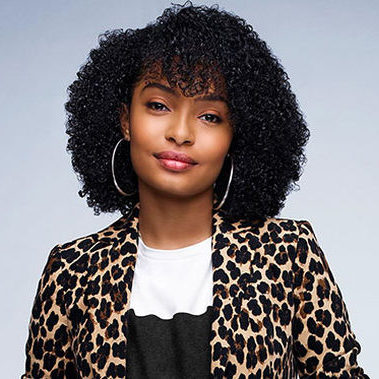 Yara Sayeh Shahidi is an Iranian-American actress, model and activist. She gained recognition for her starring role as Zoey Johnson on the sitcom Black-ish and its spin-off series Grown-ish. Her film credits include Imagine That (2009) and Smallfoot (2018). A student at Harvard University, Shahidi has been noted for her activism advocating for female and racial equality and political awareness.

Yara founded Eighteen x 18 with social news publisher NowThis – a platform to encourage the next generation of voters to rock the polls for the very first time in US elections. Her other organizations include Yara’s Club, a partnership with Young Women’s Leadership Network (YWLN) of New York, which provides online mentorship in hopes to end poverty through education. Shahidi’s activism has led her to many accomplishments. She had been noticed by former first lady Michelle Obama, who wrote her a letter of recommendation to Harvard University. She was also given the opportunity by Teen Vogue to interview Hillary Clinton in 2017.